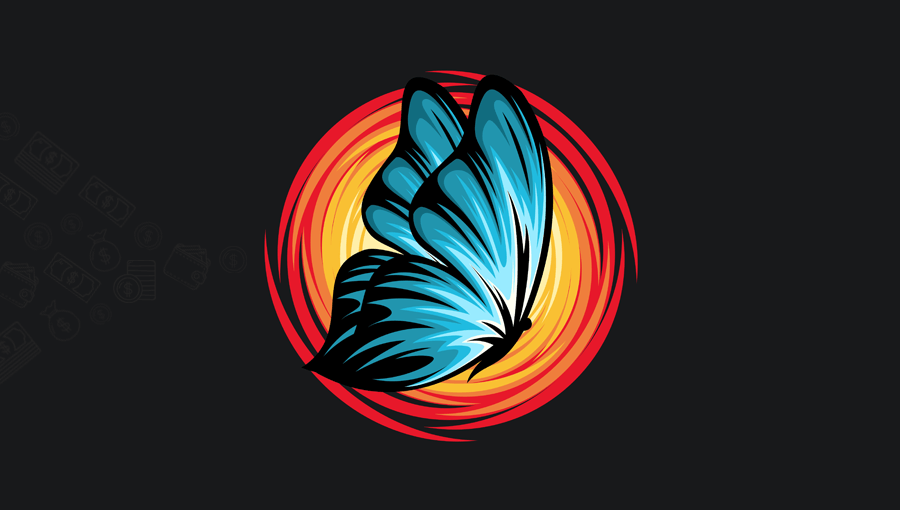 Imagine there was a single tactic you could use in your business, that needed less than five minutes of your time.

Something so quick and easy that you’d most likely forget about it just minutes after you put it into play.

But in just a few short weeks and months it would give your business the ability to find thousands of customers, generate millions in revenue, and help you become an undisputed leader in your market.

In less time than it would take to make a cup of coffee, you could set your business up for life.

I’m talking a perpetual stream of purchases every day, a bank balance that would shock your competitors, and a line of your dream customers that never seems to end.

How is this possible?

Well, it all comes down an invisible marketing tactic almost nobody knows about (but EVERYONE should use).

In fact, ClickFunnels used it to add over 10,000 users and more than $12m+ in recurring revenue.

DigitalMarketer used this technique to turn a single Sir Richard Branson appearance into a $1.5m windfall.

So, what is this tactic, how exactly does it work, and more importantly how can you use it in your business?

Let me show you…

How To Harness Invisible “Big Money Moves” To Grow Your Business

I’m sure you’ve heard of the butterfly effect? ?

Its an urban myth that says something as small as a butterfly flapping its wings in Brazil can cause a chain reaction of events that could lead to a tsunami on the other side of the world.

It effectively theorizes that small actions can ultimately lead to and create big ripple effects down the line that could cause massive impact.

Whilst a lot of people debate whether or not this is actually possible, there is one place where it absolutely rings true…

You see, there are things you can do right now in your business and your marketing that could have monster ripple effects down the line.

I call these “big money moves”, and they’re invisible to most people.

But if you know where to look you can start harnessing them in your business and it could have a massive impact on the number of customers you have, how much money you make, and ultimately the size of your business.

I’m talking about little tweaks you can make that cause huge increases in profit for your business, and these tiny, seemingly insignificant things take just minutes to implement.

In fact, in some cases, it would take you longer to make a cup of coffee! ☕️

Think of how small hinges can swing really big doors? Yeah, it’s kind of like that.

But what exactly do these “big money moves” actually look like?

Here are a few examples of ‘butterfly marketing’…

Hotmail were an absolute behemoth at one point in internet history. 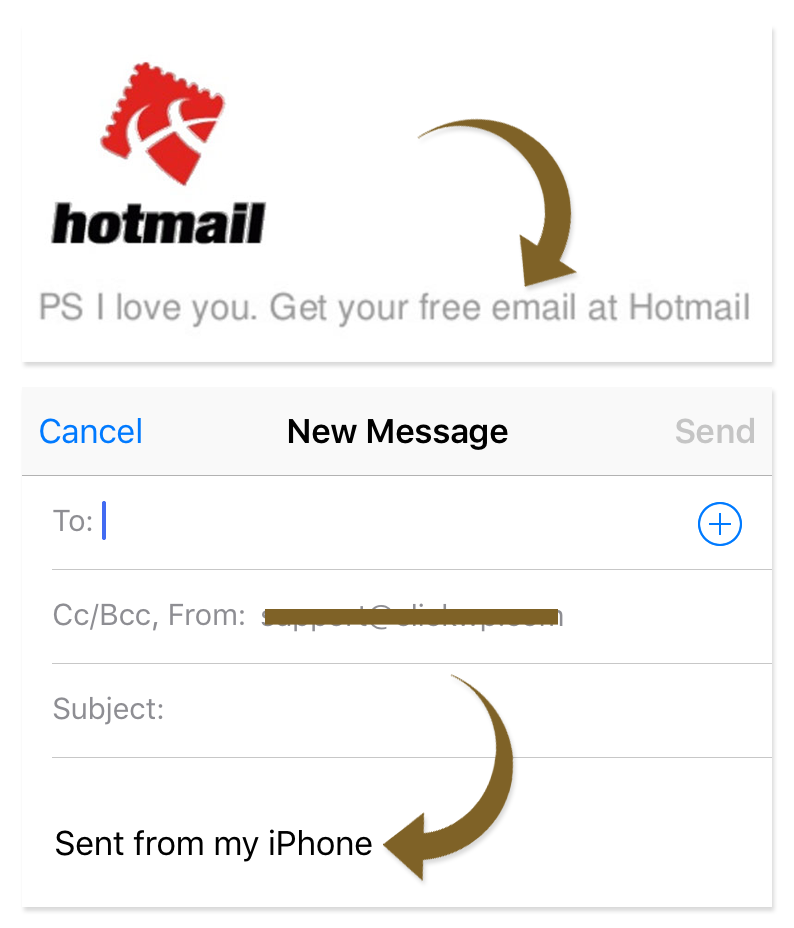 But few people actually know how they got there.

It all started with a ‘butterfly move’ they used where they added a little bit of text at the bottom of every email sent out by Hotmail users.

“PS: I Love You. Get Your Free Email at Hotmail”

That little trick helped them grow to 12million users (at a time when the internet only had 70 million people online!), and also paved the way for Microsoft to buy them at $400million.

In fact, this simple tweak was so powerful even Apple opted to use it when they launched the iPhone.

Despite being the leading social network today, at one point Facebook had to get really scrappy to find growth.

One of the smart bits of butterfly marketing they executed was a neat little hack with your address book. 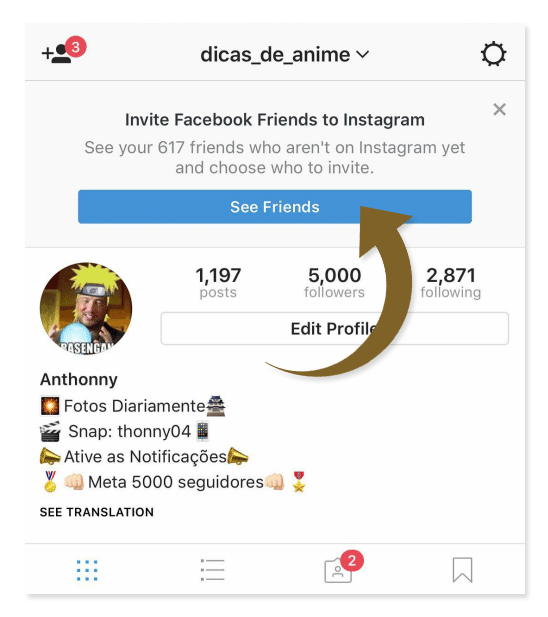 Facebook offered to scrape your address book in order to help you connect with your friends that were already on Facebook, but more importantly to send invitations to those who weren’t on their network.

That invite came from you, and the psychology behind that is brilliant ?

They basically connected you with your friends and family in a way that helped you, but also grew their network at the same time.

In fact, this wasn’t the only time they used this trick.

One small tweak helped them grow two platforms to become world leaders in the social space!

In the early days Dropbox were experimenting with paid ads, but it wasn’t exactly going too well. 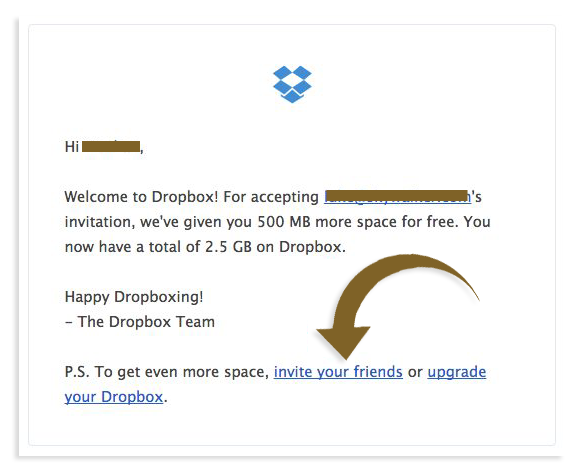 This led to one of the most famous ‘butterfly moves’ of all time (one which they actually copied from ‘Big Money Move #6’ on this list).

Dropbox basically created a referral & incentive program where they gave users the opportunity to invite their friends, and if they joined they were rewarded with 500mb additional storage space.

They now have half a billion users and are valued at $8.3billion.

Back when AirBnB were still a startup they wanted to find a quick way to find new customers and listings.

At the same time Craigslist was a massive classified site with millions of users, and the team over at AirBnB found a vulnerability in their platform.

They quickly got to work and created an unauthorized integration on the platform that allowed users who had posted properties on AirBnB to cross post to Craigslist as well.

This allowed them to be seen by millions of Craigslist users and got them massive traction at the time.

It didn’t take long before Craigslist found out what was happening and fixed the vulnerability, but at that point AirBnB had already managed to grow substantially because of the move.

(Obviously this was a bit dodgy, and I don’t suggest you do stuff like this, but it’s a great example of how a small move can create massive traction in a business).

YouTube are the undisputed leader in online video today, but that wasn’t always the case.

Long before Google spent $1.65 billion to snap them up in 2009, YouTube needed to find a way to become what we all know them as today.

How did they do it?

They allowed their users to get a code snippet on any video hosted on their platform that could then be inserted into the user’s platform of choice (and have that video show on their site, blog etc).

The insane amount of exposure this gave YouTube ultimately led to the growth that got Google to spend a pretty penny acquiring them.

And it all started out with a simple butterfly move.

Dropbox wasn’t actually the first startup to use a referral butterfly move to grow their company. 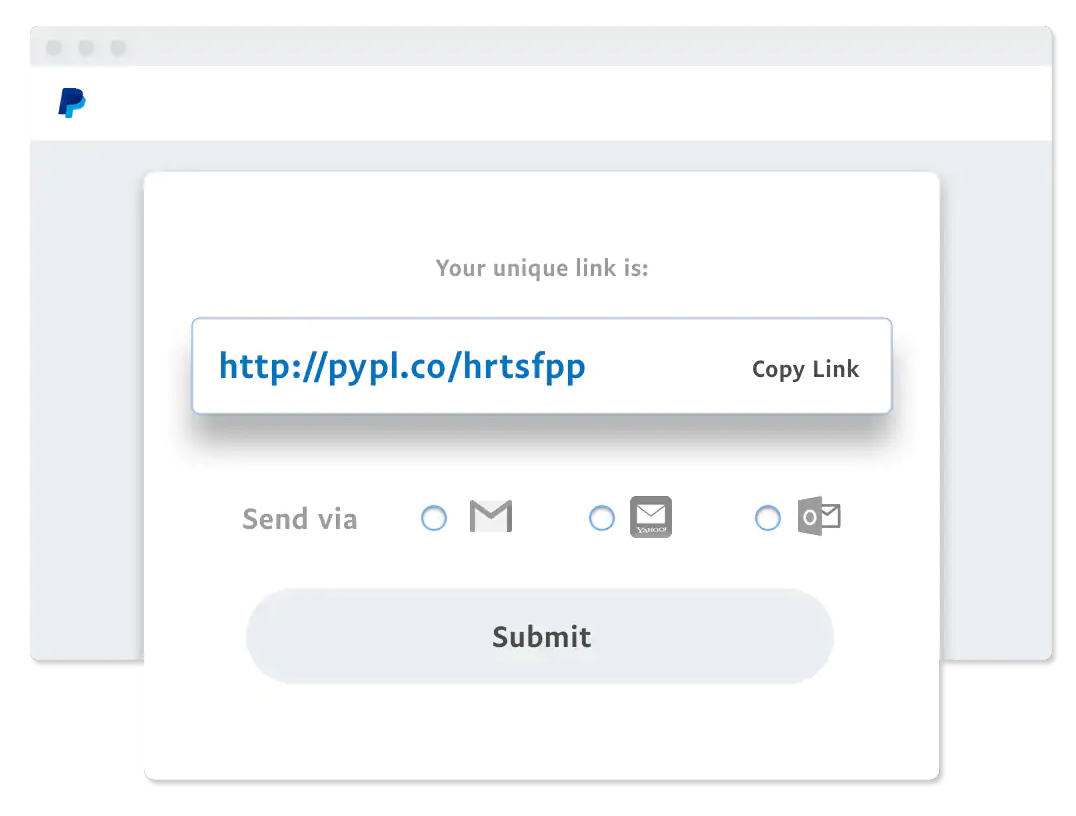 Back when nobody knew who Elon Musk was and he headed up PayPal, he realized pretty quickly that paid ads were not the way to grow.

So they basically created an ethical bribe that allowed them to pay users to refer their friends, not to mention paying the friend in the process too!

That meant that PayPal paid both the referrer and the referee $10 each when that happened ??

This ended up costing PayPal $60million, but it was oh-so-worth-it!

PayPal grew to tens of millions of users over a short period, and were ultimately bought out by eBay in 2002 for $1.5 billion.

Companies like SpaceX and Tesla wouldn’t exist today if it weren’t for butterfly marketing.

In 2019 DigitalMarketer decided to pay for Sir Richard Branson to speak at their Traffic & Conversion Summit.

Rather than simply absorb the cost, they used Branson’s brand and appearance to great effect that ultimately made them 7x on what they’d spent to get him there in the first place. 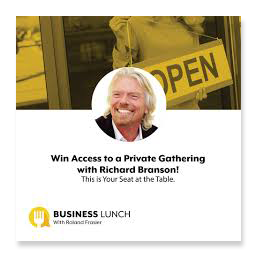 And that was without what they’d actually made from the conference itself!

They offered a private reception with Branson ($15,000 a ticket), and also offered people who purchased that a chance at membership into their War Room (20 people joined).

They also offered a private business lunch with Branson, where they created a podcast episode that pulled in 2,371 subscribers, helped them pixel 1,522 people (for retargeting campaigns), and pushed them into the top 200 worldwide charts.

If that wasn’t enough they sold 619 tickets and made over $300,000 in revenue from the Sir Richard Branson coupon code, and sold a further 728 more seats via speaker announcements (as other speakers wanted to push the fact that they were speaking next to him). That brought in another $720,000 in revenue.

Ultimately, they added $1.5million all from one guest speaker at their event.

Clickfunnels and Russell Brunson might not have created butterfly marketing, but they sure have perfected it!

Rather than just outlining one move, I’ll focus on three powerful butterfly moves they used to grow their business to over 141,300 users ?

In fact, they modelled these moves on some you’ve already seen on this list from Dropbox, Facebook and Hotmail.

Having seen Dropbox’s ‘Refer A Friend’ campaign, they decided to do something similar in their early days. They offered anyone who signed up more functionality and features (more funnels, more users etc) for every person they referred back to Clickfunnels.

Russell Brunson has gone on record to say how this simple move gave them a ton of early growth.

They also modelled Facebook, and still do to this day. Anyone who signed up for one of their early webinars were given the opportunity to refer friends on the webinar thank you page. If you referred five friends you were given a free product and trial to Clickfunnels.

At one point as much as 20% of webinar signups were coming from referrals and not paid traffic!

Lastly, and one of my favorites, Brunson modelled Hotmail’s “PS I Love You” hack by creating a badge on every page created in Clickfunnels.

Users could obviously turn this off, but they were incentivized not to as their affiliate links were embedded into the badge (letting them earn money from anyone who clicked on it and signed up as a result).

This one little butterfly move resulted in 10,000 users joining Clickfunnels, contributing to $1.2m per month, and $12million per year.

Butterfly Marketing: What Billion Dollar Marketers Are Doing That You Aren’t

Small hinges have the ability to swing big doors.

This is butterfly marketing in full effect ?

These seemingly insignificant butterfly moves, the little “hacks”, have the power to dramatically increase how many people spend money with your business and how quickly you can grow as a result.

In effect, these hidden “big money moves” can result in huge growth for your business!

What things can you add to your business, your offers, your website, or what tweaks can you implement or add now that could explode your business down the line?

The best way to find out where these invisible “money moves” are hiding are to look at what’s working in your industry, what your competitors are doing, and what successful online businesses are doing to grow.

People out there are already spending the time, money and effort to show you what would work in your business. You just need to figure out how you can apply that to what you’re doing!

Go through successful people’s processes, sign up to your competitors funnels, spend money if you have to, because your next wave of customers could come from doing exactly that.

Butterfly marketing has the ability to find you thousands of customers and generate millions in revenue.

But you need to find those invisible money moves that make it all possible.

Until then, here’s to small hinges swinging big doors.

← Prev: The One Thing Insanely Successful Entrepreneurs Do That You Don’t Next: This Is Why Your Business Is Going To Fail ? → 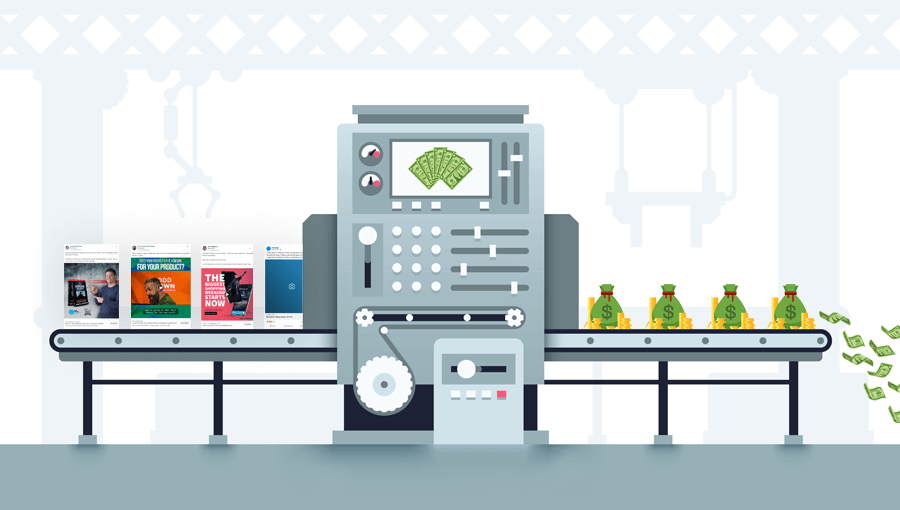 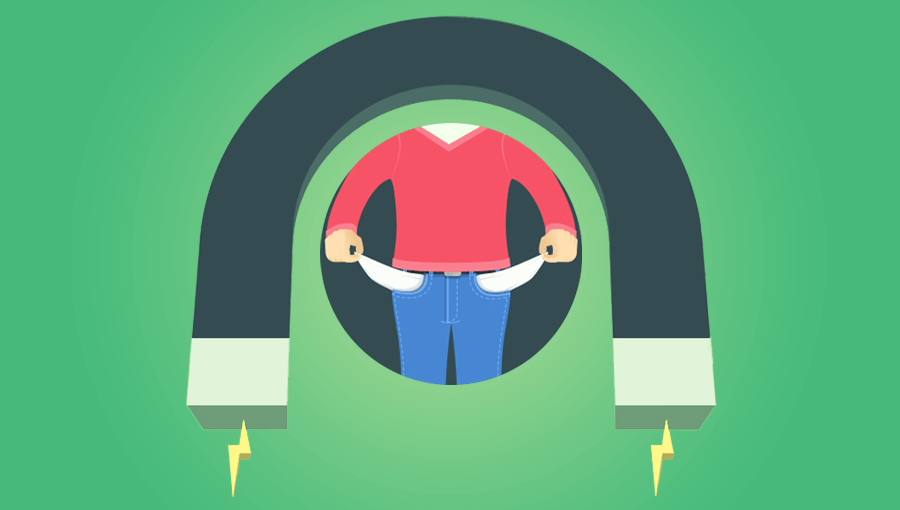 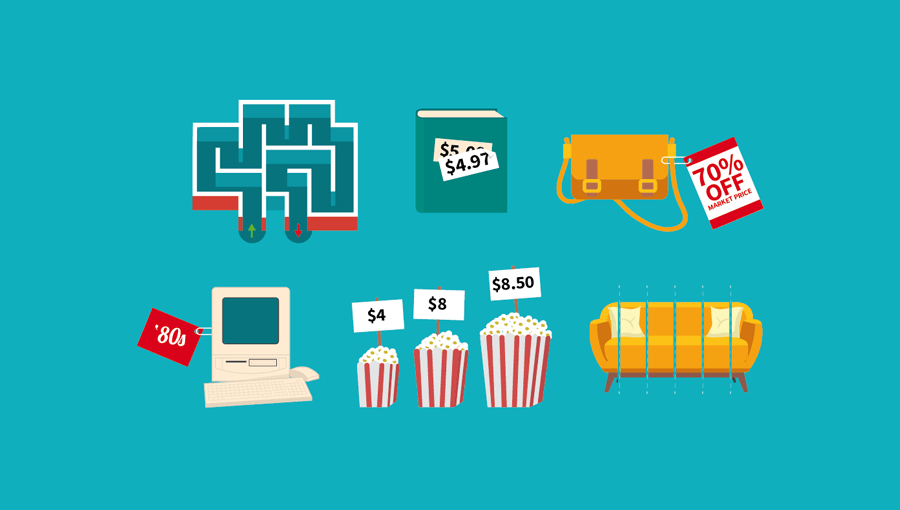